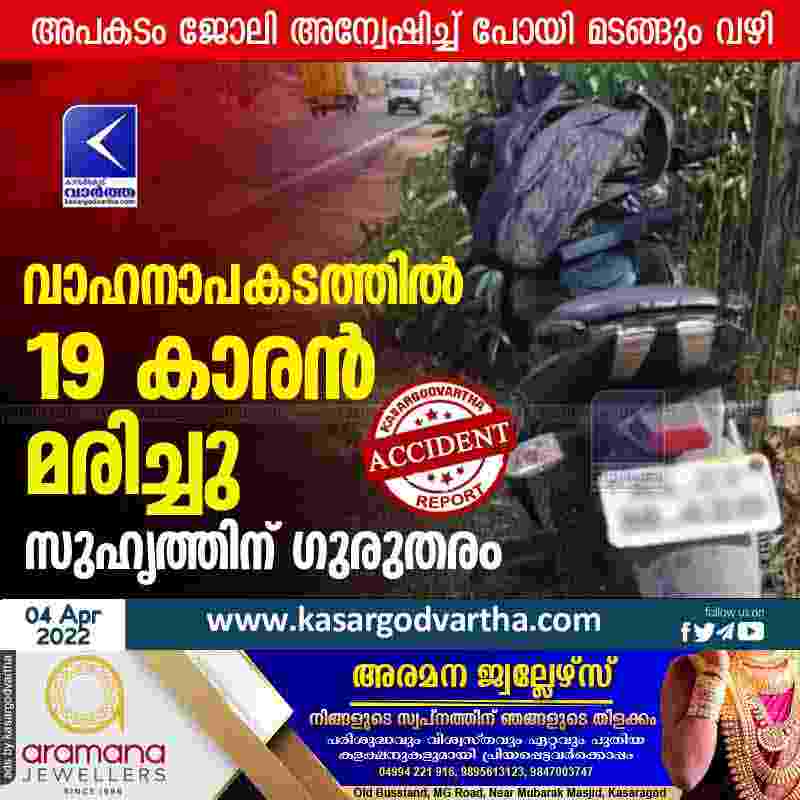 19-year-old dies in road accident The friend was seriously injured. The deceased has been identified as Mubashir, 19, of Banti. The young man, who was in the back, was hit by the tire bolt of the tire of the mini lorry which was going with the egg when he saw the vehicle coming from the opposite direction and braked.

His friend Abdur Rehman, who was with him, was admitted to Mangalore Hospital with serious injuries. The accident took place near Pilikode Thottangate around 8.45 am on Monday. The bike was involved in an accident on the way back from work.

While trying to overtake the bus, the vehicle came from the opposite direction and the Pulsar bike braked and went out of control and veered off the road. Mubashir, who was in the back, fell on the road and hit his head on the tire bolt of the tempo van. The youth was rushed to a hospital in Cheruvathur but could not save his life. Chandera police had also reached the spot on learning of the accident.