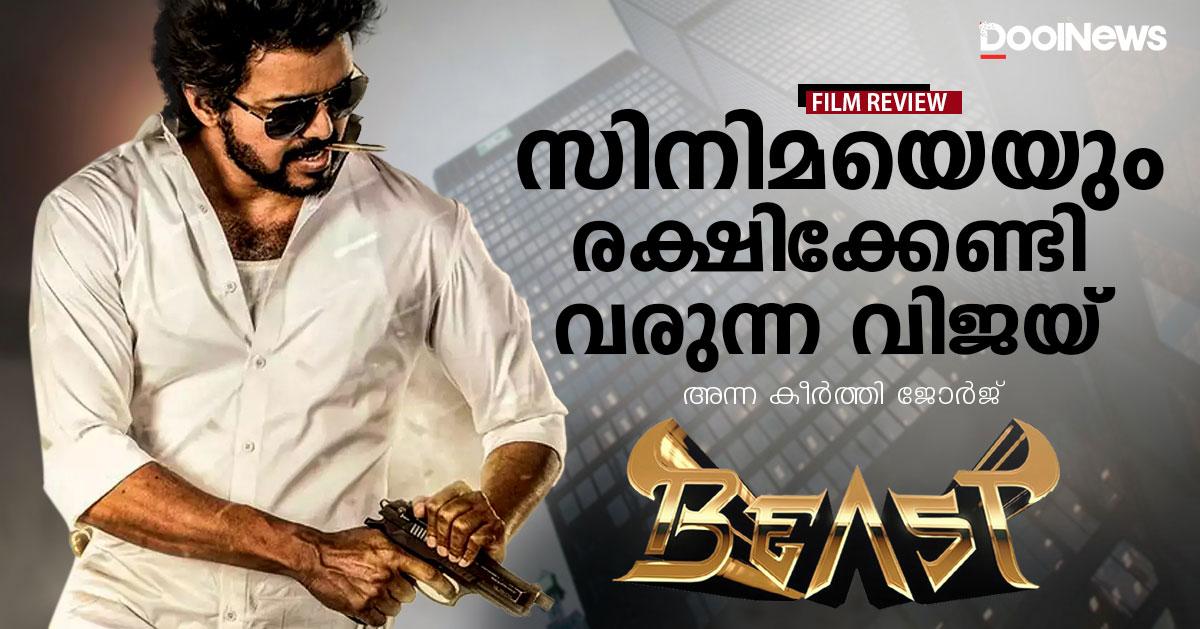 
Beast Review | Vijay has to save the movie too

Beast is a film that makes good use of Vijay’s screen presence. The film manages to entertain as well as inform, but it also lacks the basic plot, screenplay and direction of the film. The film could not come up with the promotion caption of the Nelson-Vijay collaboration.

The Beast’s story is based on hints from the trailer and the audience that the former RAW agent rescues the hostages from the hijacked mall.

The plus point of the Beast is the way the character is portrayed with the attitude of Veera Raghavan and the way Vijay portrays the character. Vijay will be seen in the movie Rough and Tough. Veera Raghavan’s interventions are merciless. He is portrayed in a way that is subdued even in the emotional scenes. This is a method that character
The film has something to celebrate for Vijay fans with the addition of short mass dialogues and BGM action scenes that keep it going till the end. Vijay is not a savior who has to save all the natives.

The film, which came out as An Anirudh Musical, offers a flawless experience in the BGM Theater. While not a groundbreaking contribution to the genre, BGM impresses with its straightforward tough-guy style. The background music is also able to enhance the enjoyment of the fight sequences which are the main attraction of the film.

Prior to its release, Beast’s Arabic hits and Jolia Gymkhana’s hit songs were in the air. One wonders how this song and dance could have happened while hijacking the mall. But it was a relief to bring both songs to the first and last, in a way that did not matter to the plot.

The action scenes in the film are close to the promises made during the promotion of the film. Stunt Master Anpariv is well choreographed with different moves and fight scenes. Especially the first parts and Veera Raghavan’s intro fight. The knife and gun parts are beautifully done. The action scenes are not disappointing, though there are fighter jets that do not even touch Veera Raghavan and fly very easily.

Usually when Vijay has to save a heroine, people or village, this time he has to try his best to shoulder the whole movie with his swag and screen presence.

The film manages to capture the essence of terrorism and ISIS, including the huge mall hijacking that has taken more than 200 people hostage, into a children’s book.

This is not because Nelson’s style comedies have entered such a plot, but because it gives the impression that such scenes handled the plot without any attention or logic.

When you watch the movie, it seems that terrorists, hijacking and sending missiles to Pakistan are such a simple program. Many of the scenes were very poor adaptations of the Money Heist series.

At the same time, the film tries to portray the possibility of various terrorist activities with the support of politicians and how electoral politics determines many important decisions in the country. Not everything can be translated into Hindi.

The story of the film progresses by adding comedy to the very serious scenes. We have a team with Veera Raghavan for this. It’s successful in some respects, but many comedians have not.

One thing that seemed positive about the script was that Vijay’s character did not have lengthy dialogues or great sermons. If there are savior elements that are regularly seen in Vijay movies but Nelson has managed to make a difference in it, it is the positive lack of these dialogues.

Pooja Hegde’s love for other characters in the film is such that she seems to be such a heroine in the film. An ‘I Candy’ heroine like most of Vijay’s movies and other actors’ mass movies.

The character of Altaf and the performance of Selvaraghavan were inspiring to watch. Home Minister Shaji Chen has also portrayed his character in a way that the film demands. Shine Tom Chacko was looking to do his part flawlessly but felt like a miss casting.

All the other actors, including Yogi Babu, have played similar roles in previous films. So it’s a bit of a repetitive boredom. These characters are also affected by the flaws in the comedy scenes in the script itself.

Beast could not have been a different or better film if it had been better scripted and directed. But it would have been a good movie among the regular mass entertainers.