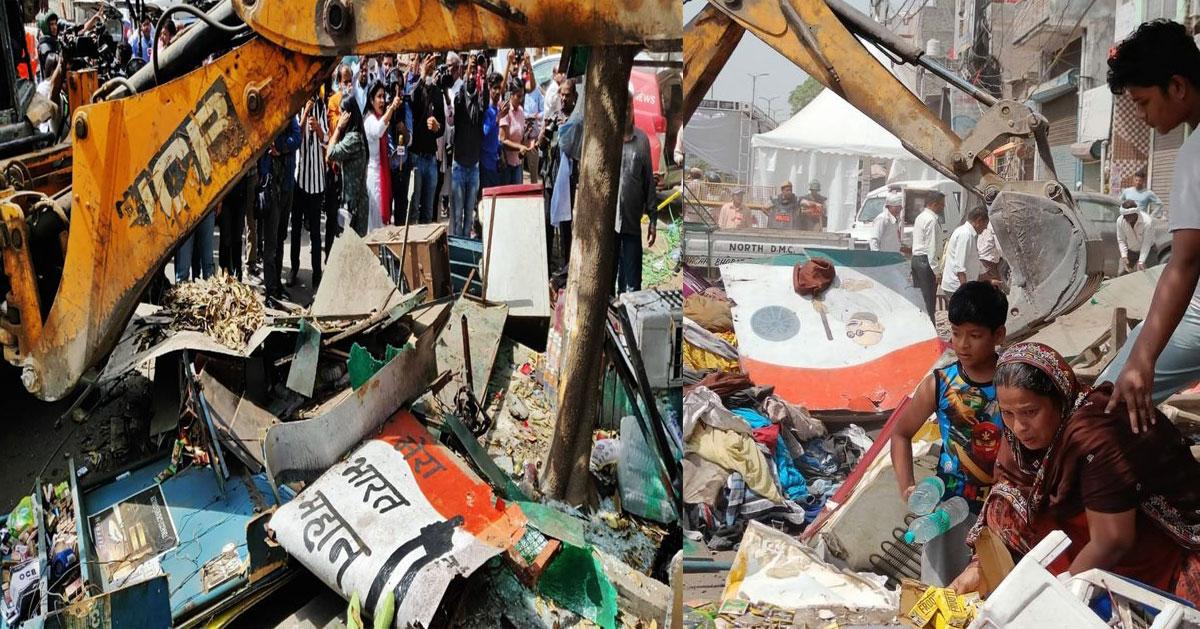 New Delhi: The demolition of buildings in Delhi’s Jahangirpuri in the name of encroachment has sparked widespread protests on Twitter.

#Bulldozer is number one on Twitter in India. The hashtag #StopBulldozingMuslimHousse is also trending. The bulldozer tactic used by the BJP governments in Madhya Pradesh and Uttar Pradesh to suppress critics and protesters has been criticized for carrying out Hanuman Jayanti in the troubled city of Jahangirpuri.

The demolition of the Delhi Municipal Corporation buildings was started on the grounds that they were illegal.

The North Delhi Municipal Corporation (MCD) has stated that there is no political interference in the proceedings, but the BJP has demanded the demolition of the buildings of the accused in the clashes.

The BJP-ruled North Delhi Municipal Corporation had sought police help for the ‘encroachment evacuation drive’. An official letter was sent to the North West DCP.

Supreme Court must stop this https://t.co/Nzvf9DG8JO‘s ethnic cleaning of muslims. #Muslims shops & houses are shamsed in the name of encroachment. pic.twitter.com/vLtO6XW5Ey

About 400 policemen were deployed in the area to evacuate the encroachment in Jahangirpuri. Ten bulldozers had arrived. The BJP-ruled North Delhi Municipal Corporation had sought police help for the ‘encroachment evacuation drive’.