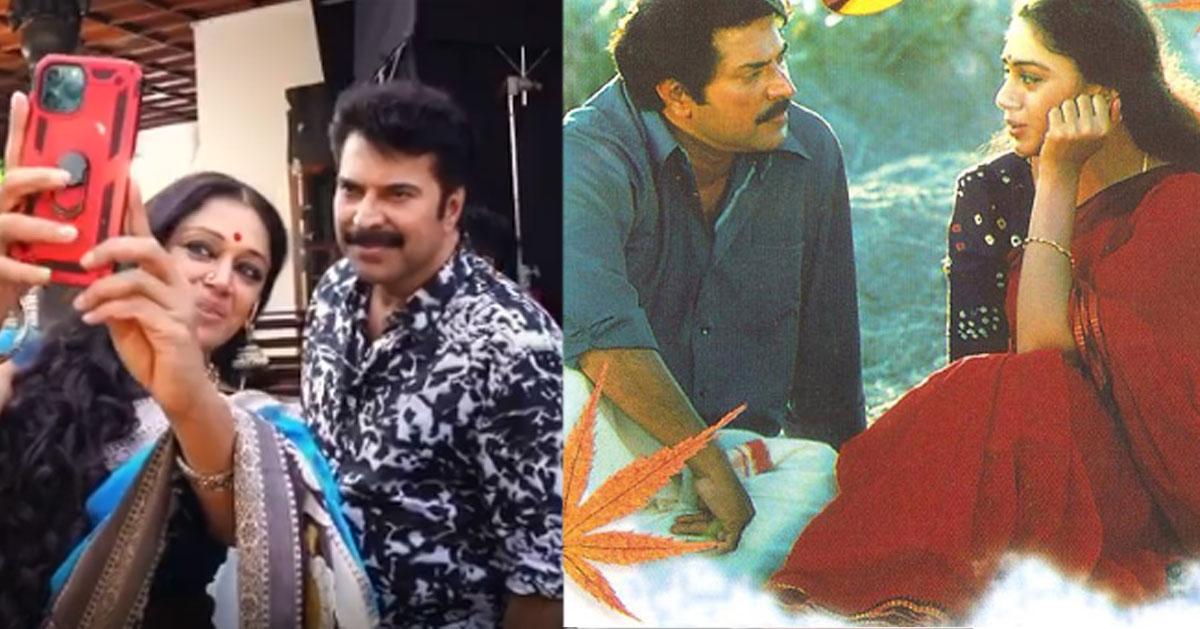 I came to hear the sound of your nostrils; Video of ‘Nagavalli who met Sethuramayya’ on CBI set

Mammootty shares video of Shobhana CBI 5 The Brain’s set. Shobhana arrived at the CBI shooting set last December. The photos of Shobhana’s visit and the selfie taken by Shobhana and Mammootty were viral then.

Shobhana Mammootty and director K. Madhu and screenwriter SN He also spoke to Swami. Shobhana returned after eating with them.

Mammootty himself has now shared the edited video on his Instagram page. The video has been made with the music of the song ‘Entin Veroru Suryodayam’ before the movie ‘Kamal’ which stars the two together.

Mammootty has captioned the video as ‘When Nagavalli Met Sethuramayya’.

Sethuramayya is the name of a character in Mammootty’s CBI movies. Nagavalli is the protagonist of Shobhana’s cult classic Manichitrathazhu.

Actors including Saubin Shahir have liked the video.

Meanwhile, S.N. Mammootty-K in Swamy’s screenplay. Fans are waiting for the fifth part of the CBI sequel which is being prepared by Madhu. Mammootty fans are hoping that CBI 5 The Brain will be a movie that will rock the theaters after Bhishma Parvat.

The film is set to release in the last week of April.

Apart from Mammootty, Jagathy Sreekumar is making a comeback in Malayalam cinema with CBI 5 The Brain.

Akhil George is the cinematographer of CBI5. Music is composed by Jacques Bijoy.