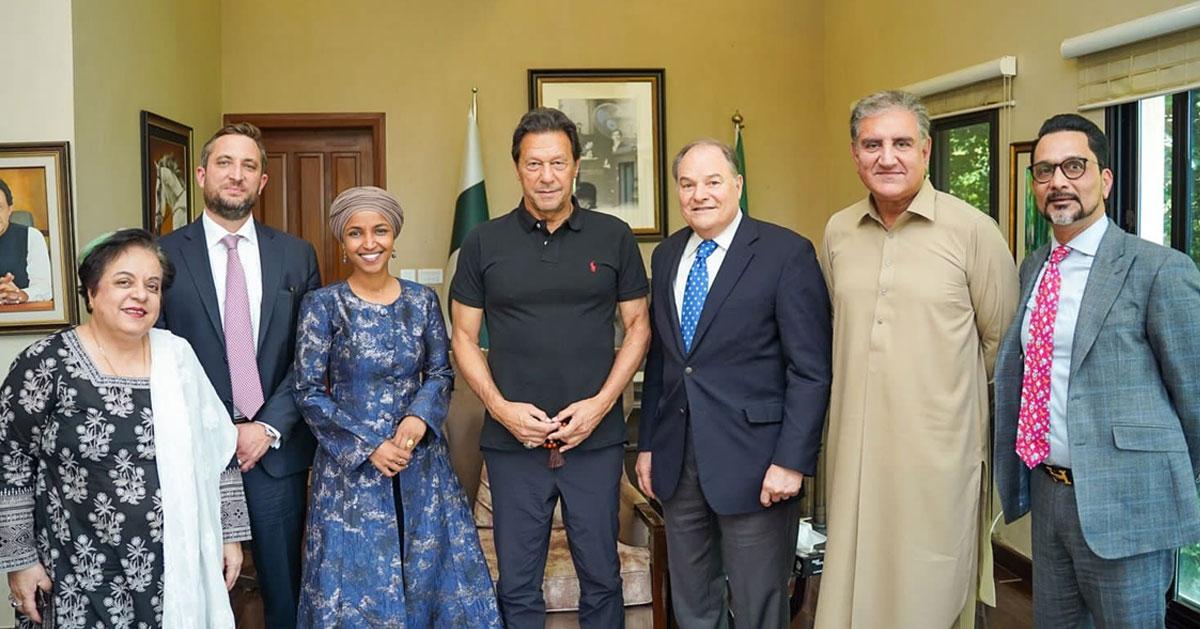 Islamabad: Former Pakistani Prime Minister Imran Khan has met Ilhan Omar, the Democratic representative in the US House of Representatives.

On Wednesday, Imran Khan met with US Congressman Ilhan Omar at his residence in Bani Gala, Islamabad.

Imran Khan has just met with a U.S. congressional representative just days after he said a US-led conspiracy was behind the fall of his government in Pakistan.

Shireen Mazari, a former minister in the Imran Khan government, shared pictures of the meeting on Twitter.

However, following the release of the photos of the two on Twitter, there have been reactions on social media questioning Imran Khan’s previous arguments.

Netizens have questioned why Imran Khan has now met with a U.S. congressional representative, arguing that the opposition’s no-confidence motion against him was the result of a conspiracy by foreign powers and that the United States was behind it.

After accusing the United States of removing him from office, here’s ex PM with Congresswoman Ilhan Omar. Also, he’s been complaining that opposition leaders who meet US officials are actually traitors. Should the same be said about Imran Khan now? pic.twitter.com/MWpVoSchl0

Pakistan’s opposition leader and former Prime Minister Nawaz Sharif’s brother Shahbaz Sharif has been sworn in as Pakistan’s new prime minister following the ouster of Imran Khan in a no – confidence motion.