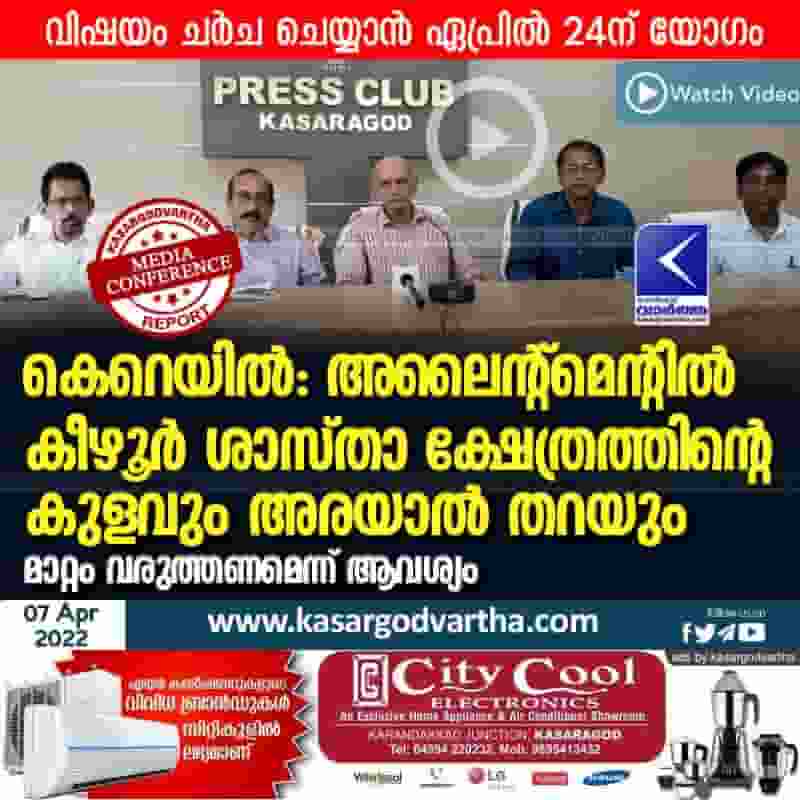 The office bearers demanded a change in the alignment as the Keral alignment includes the pool and waist floor of the Keezhoor Sastha temple. A meeting of temple dwellers, kazhaka temples, family houses, people’s representatives, Hindu organizations and temple celebration committees will be held on April 24 in the presence of temple tantris to discuss the protest program.

For a temple, its pool is of paramount importance and ritualistic. If the pool is lost, the rituals of the temple will be disrupted. In addition to the 20 to 25 m in the DPR of the proposed project, 10 m on both sides in addition to the land acquisition for the project. Each is said to be considered a buffer zone. When that happens, the temple will be declared a complete buffer zone.

The Arayal tree, which is believed to be about 500 years old, also stands close to the proposed rail. Below this is the Mahaganapati Temple. If the tree is damaged, it will affect the temple. The office bearers informed that the lion’s share of Keezhoor Kalariyambalam, several family houses and the houses of the priests of the said temple will be included in the alignment to be undertaken for this project.