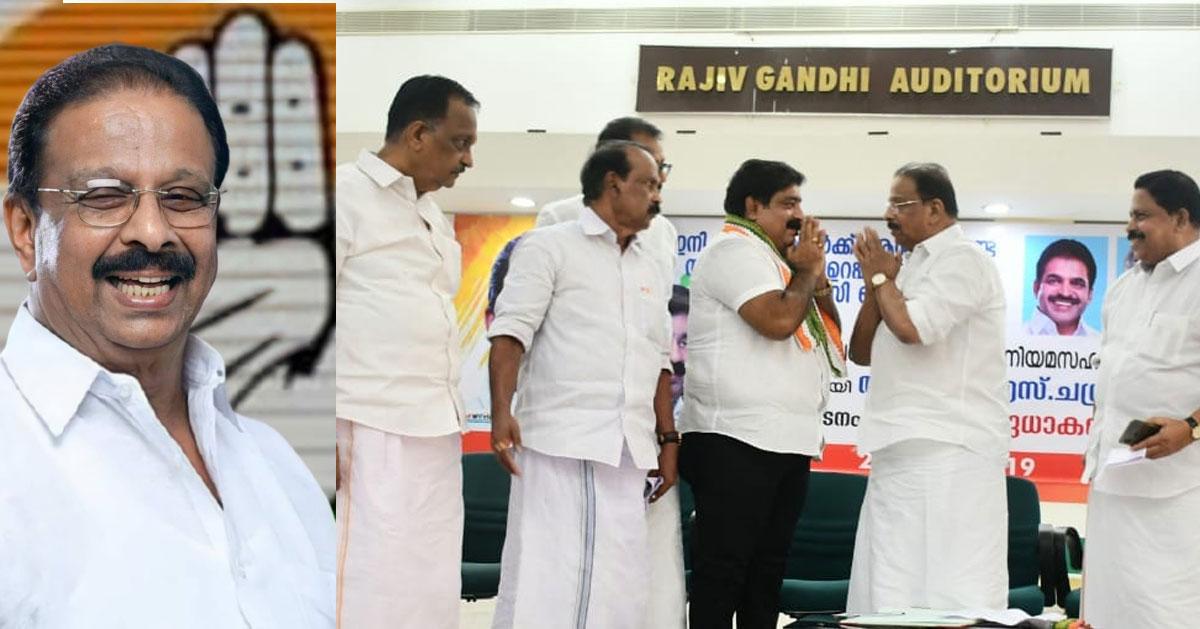 Thiruvananthapuram: KPCC has formed a legal aid committee for the activists involved in the case as part of its organizational activities. As part of this, Advocate VS Chandrasekharan has been appointed as the Chairman of the Kerala Pradesh Congress Legal Aid Committee (KPC-LAC). Sudhakaran informed through a Facebook post.

‘The state government is immersed in corruption and mismanagement. Political Kerala sees even pro-government trade unions struggling against the incompetence of the Pinarayi Vijayan government.

At this juncture, when there is strong opposition from the people, including to the K Rail Commission project, there is a need for the people’s opposition to go on strike more vigorously. But the government is constantly trying to quell the protests by trapping activists in bogus cases.

Therefore, the KPCC has decided to provide free legal aid to the beloved activists who are the voice of this country. As part of this, Adv. V.S. Chandrasekharan was given charge, ‘K. Sudhakaran said.

Sudhakaran informed that the office of the Legal Aid Committee has started functioning at the KPCC headquarters. Its units will also be set up in DCC offices in the future. Sudhakaran said 750 lawyers were available for Congress workers in 90 courts in the state.

‘Now are the days of struggle. This Legal Aid Committee will be with my dear activists to point the finger at the wrongdoings of the Pinarayi Vijayan government and to crack down on malpractices, ‘Sudhakaran added.