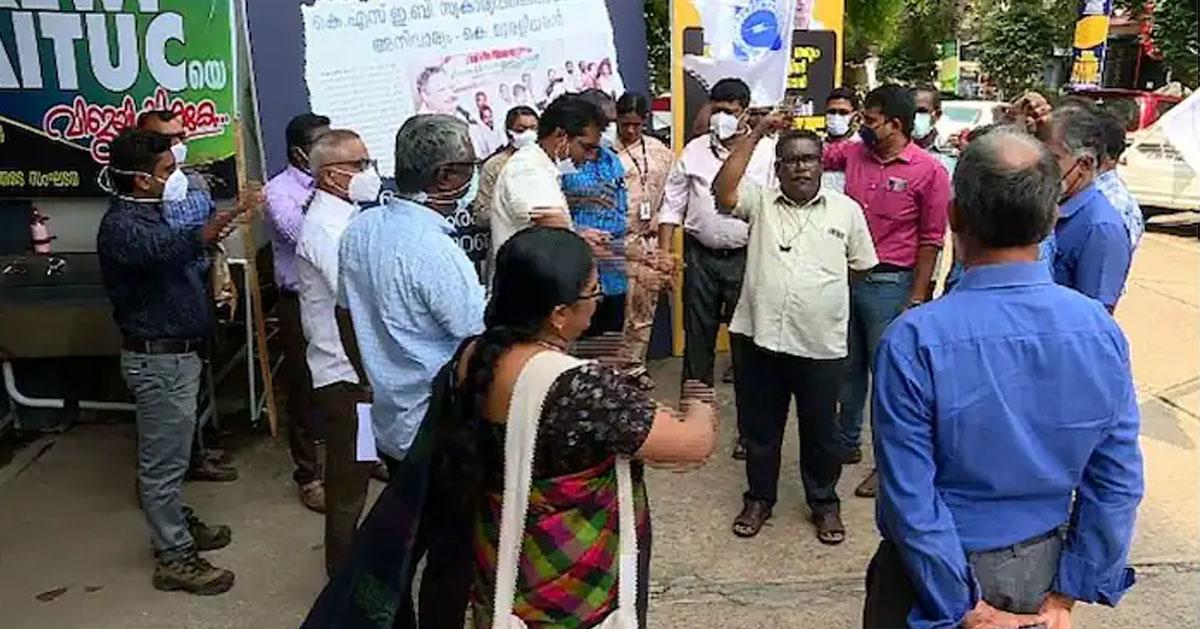 The protesters are just standing in the sun and rain; KSEB chairman mocked

Thiruvananthapuram: The striking KSEB employees were mocked by the chairman B. Ashok. B. that the strikers were just standing in the sun and rain. Ashok said.

There is affection for the strikers and there are no problems of any kind on the power board. KSEB is a business entity. Only when everyone cooperates can we move forward.

KSEB will be willing to accommodate a maximum of one person. But the fundamental nature of the structure of KSEB will not be sacrificed.

The only thing that can be done is to make a small mistake and say you want to get it back. None of this is done on the sidelines. Journalists asked some of the protesters if they wanted to change the chairman. They want to tell you that they have been going for six months. But I can not say it openly. No, it’s enough to change attitudes.

Seeing so much says that change is something we are not at all afraid of, and that is its greatest flavor. Change can not be intimidating. The policy is consistent wherever you go. The chair changes, the people change, the protest changes.

The same policy is going on everywhere. There is a lot of reality that burns experiences. He is part of that reality. A plus point in Kerala is that there is an environment where everyone’s voice can be heard. In Kerala, there is no such thing as stepping on someone, lowering the steam roller Katie as they do in other places and having no address and no roof. It has many components. The Left Movement in particular is a great force. Ashok said that the language of management is the language of consensus with mutual respect.

Satyagraha and co-operative agitation is being held in front of Vaidyuthi Bhavan under the auspices of KSEB Officers’ Association. The protesters demanded that the chairman retaliate and withdraw the anti-woman remarks.

Officers’ Association officials M.G. Sureshkumar, b. The protesters demanded that the suspensions of Harikumar and Jasmine Banu be withdrawn. Jasmine Banu was suspended on the first day of the national strike on charges of taking illegal leave. Diocesan officials were suspended for rejecting the order and spreading slander against the chairman.